A joint letter to the Prime Minister of the Government of National Unity, Abdel Hamid Dbeibah

The undersigned human rights groups call for a halt to the issuance of the new regulation on the right to freedom of association in Libya[1], proposed by the Government of National Unity in Tripoli on 31 July. A group of human rights organizations had then expressed reservations about the government’s proposal, which represents a flagrant violation of Article 15 of the 2011 Constitutional Declaration[2], and Article 22 of the International Covenant on Civil and Political Rights, according to the interpretation of this article by the Human Rights Committee and the United Nations Special Rapporteur on Freedom of Peaceful Assembly and Association.[3]

Under the proposed regulation, all associations operating in Libya are required to re-register in accordance with the regulation’s provisions[4], while the organizing administration regulating civil society has the right to accept or reject registration[5] as well as the opening of a bank account for the association[6]. The regulation also obliges associations to obtain prior authorization from the administration regulating civil society before communicating with United Nations offices[7] or accepting any donations[8]. Of particular concern, the administration regulating civil society often shares associations’ requests and information with the security authorities, which include armed groups operating under the banner of the Ministries of Defence and Interior in eastern and western Libya, whose involvement in grave human rights violations has been documented.[9]

These measures and other articles of the proposed regulation are clearly inconsistent with the rights guaranteed by Article 22 of the International Covenant, according to the report of the Special Rapporteur on freedom of association, submitted to the United Nations General Assembly in May 2012.[10] The signatory states obliged to the International Covenant are to rely on a judicial ruling to dissolve associations, not a decision by the executive authority. In addition, the report indicated that “decisions to dissolve organizations should not be taken except in very serious cases, and the aforementioned dissolution procedures should only be implemented by virtue of a judicial decision so that the rights of defence are fully guaranteed. It is not possible to ask registered associations to re-register again.”[11]

The proposed regulation to obtain prior authorization from the organizing administration of civil society before any external communication or cooperation is an attempt to legalize an arbitrary practice initiated by the Civil Society Commission in Tripoli in 2020. The Civil Society Commission in Tripoli obligated associations seeking to communicate or cooperate with international entities to obtain a prior permit from the Commission. These international entities include the Office of the High Commissioner for Human Rights, the United Nations Human Rights Council, the United Nations Support Mission in Libya, and the European Union. The articles of the proposed regulation, in terms of their complete restriction of freedom of association, also align with Regulation No. 286 issued by the Presidential Council and applied in western Libya since 2019, and Regulations 1 and 2 issued by the interim government under Abdullah al-Thinni in eastern and southern Libya in 2016.

The proposed regulation is invalid due to the lack of jurisdiction of the executive to dissolve associations. Previously, executive decision 286 of 2019, and decrees 1 and 2 of 2016, were invalidated for the same reason, leaving them ineffective and without legal legitimacy. In this regard, the two rulings of the Libyan Supreme Court can be referenced:  administrative appeal no. 37/39, issued in December 1991, and administrative appeal no. 163/49, issued in November 2005. The first ruling in 1991 stated, “Jurisprudence is based on the fact that administrative work does not lose its administrative capacity, nor becomes non-existent, unless tarnished by a serious violation. That is if the decision is fundamentally flawed, rendering it a material act, if the executive authority were to undertake an act under the competence of the legislature or the judiciary.” Meanwhile, the second ruling in 2005 asserted, “If the administrative decision is tainted by a lack of jurisdiction, then it is non-existent due to its grave defect, and filing a lawsuit under these circumstances is not limited to a specific date.”

Accordingly, we the Libya Platform coalition, the Cairo Institute for Human Rights Studies (CIHRS) and Lawyers for Justice in Libya (LFJL), hope that the Dbeibah government will take an approach different than that of previous executive authorities dating back to Gaddafi, all of whom continually and unilaterally restricted the right to free association. The executive authorities’ previous unilateral decisions contravened the 2011 Constitutional Declaration, Supreme Court rulings, the 2013 Transitional Justice Law, and Libya’s international obligations in accordance with the International Covenant on Civil and Political Rights, and the principles of human rights included in the November 2020 political agreement, on the basis of which the Presidential Council and the government were elected. We are looking forward to discussing and adopting the proposed law prepared by the organizations of the Libya Platform coalition in cooperation with a number of local organizations, to be submitted to the House of Representatives and the State Council in September 2021, regarding the regulation of the right of freedom of association in line with Libya’s international obligations.

The Libya Platform coalition and Cairo Institute for Human Rights Studies previously addressed Libya’s executive authorities since November 2019, including the Civil Society Commission, to end restrictions imposed on the work of civil society, and to repeal executive decision 286 of 2019 and decrees 1 and 2 of 2016. From 2016 until this year, executive authorities issued three decisions,[12] reflecting the insistence of governing authorities in the east and west on stifling and controlling freedom of association without a binding law, and usurping the powers granted to the legislative authority in accordance with the 2011 Constitutional Declaration. The three decisions are similar in their brazen violation of Libya’s international obligations to protect freedom of association.

The new proposed regulation follows in the same footsteps, setting up the organizing administration regulating civil society as an opponent and arbitrator at the same time, with sole authority to require registered associations to re-register.[13]  The new proposed regulation also grants exclusive right to the administration regulating civil society to dissolve associations, to accept or reject their registration, to pre-approve their grants and authorize their communication with the international community, and to potentially freeze their bank accounts; all without any judicial oversight.

The Libya Platform, the Cairo Institute for Human Rights Studies (CIHRS) and Lawyers for Justice in Libya (LFJL)thus call upon the Government of National Unity under Abdel Hamid Dbeibah to:

[1] Proposed to a number of civil society groups in Tripoli, 31 July 2021, where the government invited more than 100 local associations

[2] Article 15: The state shall ensure freedom of establishing political parties, associations and other civil society organizations, and shall adopt a statute for their regulation. Secret or armed associations or societies in conflict with public order or public morals or threatening in other ways the State or the integrity of the national territory shall be prohibited

[9] Briefing of the Special Envoy of the Secretary-General for Libya, Ján Kubiš, before the United Nations Security Council – March 24, 2021. “While the ceasefire has resulted in a dramatic reduction of civilian casualties, UNSMIL continues to document killings, enforced disappearances, sexual violence, including rape, arbitrary arrests and detentions, attacks against activists and human rights defenders and hate crimes. Freedom of expression is undermined. Various armed groups continue to operate without hindrance, human rights violations continue with almost total impunity. It is also essential that internally displaced people are able to return to their homes, and those displaced outside of Libya consider it safe to return to their country.”

[13] The organizing administration of civil society is still divided, as Resolution 286 of 2019 is applied to associations in the western region, while Regulations 1 and 2 of 2016 are applied in eastern and southern Libya 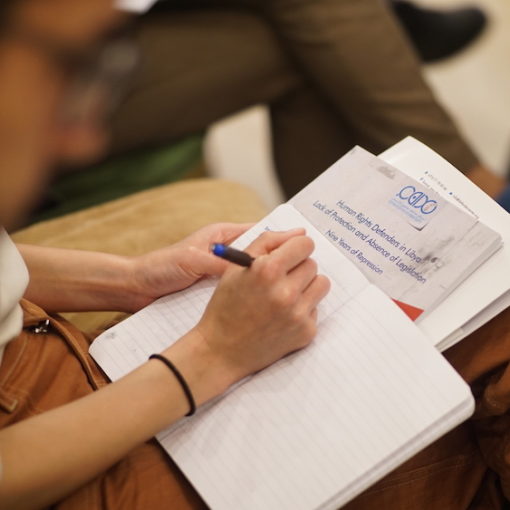 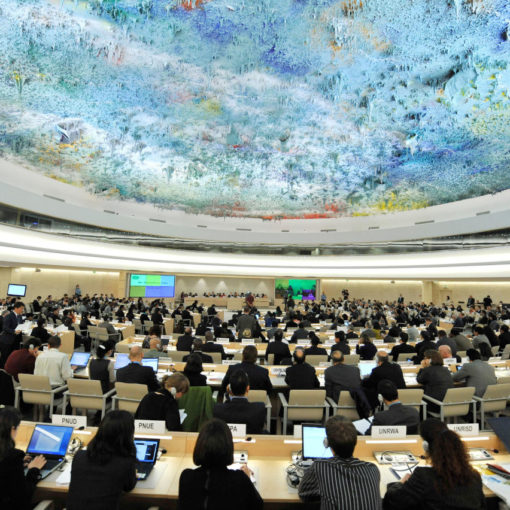 We would like to begin by extending our deepest condolences to the families and friends of Ambassador Chris Stevens, otherU.S.embassy staff members, and the ten Libyan security personnel who passed away in the tragic events that occurred inBenghaziTuesday evening. This attack represents the dire state of the rule of law inLibyaand highlights the impunity with which perpetrators of gross violations of national and international law are currently operating during this transitional period.