With the participation of researchers, diplomats and civil society organizations

On Thursday 10 December 2020, The Defender Center for Human Rights organized a digital research seminar on the occasion of International Human Rights Day. This year’s celebration was based on addressing inequality, ending discrimination, encouraging participation and solidarity, promoting sustainable development, and ultimately working to place human rights in a central role in the post-COVID-19 world. A number of researchers, academics and human rights defenders from several Arab countries participated in the symposium, in addition to the Netherlands’ ambassador to Libya, and representatives of the United Nations Support Mission in Libya.

A new book about marginalized groups in Libya

At the opening of the digital symposium, the administration of the Defender Center for Human Rights announced that it had previously published a research paper on migrants and asylum seekers in Libya, and to complement the Center’s interest in marginalized groups, the Center had also completed the preparation of a book titled “Research Studies on Marginalized Groups in Libya.” The book includes three separate studies on the situation of women, persons with disabilities, and children, and it was prepared by Dr. Zahara’ Langhi, Dr. Jazia Shiitir and researcher Ragab Saad.

At the start of the seminar, Professor Ahmed Karroud, member of the board of directors of the Center, referred to the importance of the research carried out on the three groups which are among the most marginalized in Libya. He stressed in his speech that “the importance of research lies in presenting the legislative problems and challenges and how to enhance their protection”. Furthermore, the research analyzes legislation in the light of international standards and provides proposals and recommendations to overcome this situation.

Karroud emphasised that, “although women were one of the important actors in the Libyan revolution, they are still suffering, and are hostages of the struggle for the right to free movement, travel and work,” stressing that “the biggest concern for us at the Defender Center for Human Rights is that many prominent women activists have been subjected to violations and attacks, whether by the authorities or militias”.

Karroud explained that the number of people with disabilities is constantly increasing as a result of the conflict, and they face many problems in education, rehabilitation and health care. Meanwhile, children live in bleak circumstances in light of political and social divisions and wars.

In his speech on the significance of International Human Rights Day, the Dutch Ambassador, Mr. Lars Tummers, indicated that the study of the human rights situation in Libya shows how bad the crisis there is. He added, “Despite the ceasefire in October and the COVID-19 pandemic, there are still other challenges, and these challenges are greater for the three groups; women, children and people with disabilities.” Mr. Tummers stressed that “without human rights, stability cannot be achieved, specifically in Libya.” He also stressed that Libyan women suffer from discrimination and deprivation of the right to equality between the sexes and added that persons with disabilities in Libya suffer from many obstacles in terms of health care and social security. Mr. Tummers called for the provision of psychological and social services in Libya, and to reduce the spread of the culture of violence.

Mr. Tummers also emphasized the abuse and fear that Libyan human rights defenders and activists are subjected to, and that one of the related problems that human rights defenders face is “the feeling that anyone who intimidates them, gets away with it”. The Dutch ambassador then encourages the members of the Libyan Political Dialogue Forum not to submit to political pressure, or to financial or material rewards, and to remain committed to the interest of Libya.

Important launch by the @defender_center of the book on “ Marginalized and vulnerable groups in Libya” on the occasion of International #HumanRightsDay . Please find my full contribution (ENG) at the launch via https://t.co/2TZdksEy82

Dr. Zahara’ Langhi, a contributor to the new book with a study on “Abuse of Women’s Rights in Libya: Trends, Patterns, and Relevant Legislations & Policies” stated that she worked on an analytical socio-historical and political study, explaining the patterns and trends of violations which women were exposed to during the transitional period post-2011 as well as the 40 years prior in Libya.

Langhi held meetings and interviews with a number of women, whether they were prisoners at the time of the Gaddafi era or those who held

positions during the Gaddafi era, as well as those who were subjected to violations during this period. This explained the nature of the relationship between legislative measures and socio-economic and cultural policies.

Langhi also addressed the reality of women’s rights before the establishment of the State of Independence, the period of the State of Independence and the constitutional monarchy regime, with an evaluation of the issue of rights and freedoms, especially women’s rights. In the most recent time period, where it was found that political, economic and civil violations were rife, the researcher emphasized that this is characterized by non-participation and marginalization, and retrogressive measures taken against women. Additionally, conflict-related violations against women, sexual and otherwise, have increased, and so the paper discusses violations of the right to health and the lack of medical treatment for women who have been assaulted, how the state deals with the women who are victims of violence..

Langhi called for the creation of executive mechanisms that monitor violations, supporting the participation, empowerment and protection of women and girls, and enhancing the participation of women in political negotiations. She also urged the safe return of all displaced women and protection of migrant women, the need to allocate an annual budget to support projects and programs for women’s empowerment, the health and mental rehabilitation of victims of violence, and the need for improvement of legal aid services.

People with Disabilities: A Bitter Reality and Difficult Challenges 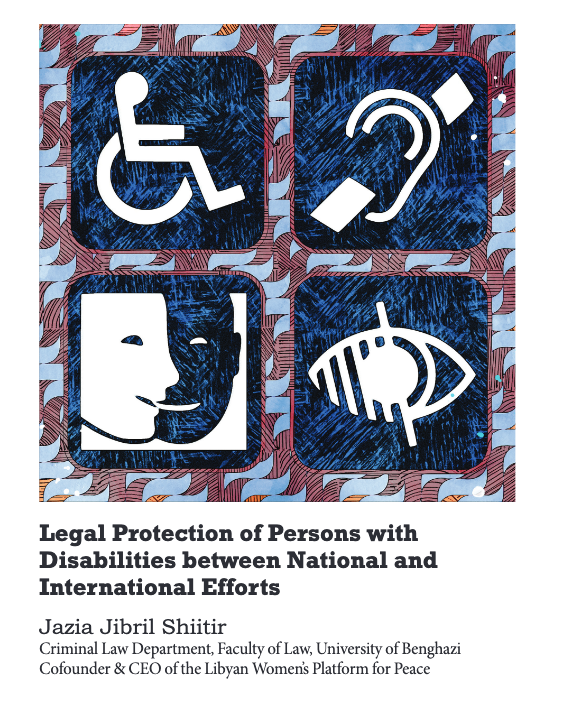 Then, Dr. Jazia Shiitir, in the context of an intervention on her study “Legal Protection of Persons with Disabilities between National and International Efforts”, presented statistics on the number of people with disabilities in Libya, which increased from 73,000 in 2008 to over 120,000 in 2018, demonstrating a continuous rise.

Human rights researcher and advisor Ragab Saad explained, during his speech on the research paper “Crisis of Children’s Rights in Libya: a Legislative Chaos and Unchecked Gross Violations”, that children in Libya suffer from grave human rights violations committed by the parties to the conflict and the forces loyal to them, and many of them were subjected to violence, corporal punishment and sexual exploitation without accountability for any perpetrators.

In his speech, Saad reviewed the Childhood Protection Law and other relevant legal materials. To the paper explores the extent to which Libyan legislation meets a child’s right to a nationality and protection from discrimination, violence and sexual exploitation, and sheds light on juvenile criminal justice and the rights of migrant, refugee and asylum-seeking children. The author also indicated the continued suffering of children who need support and health care, while the armed conflict has led to successive waves of internal displacement of civilians, in addition to the occurrence of many deaths and injuries which include children. This is in addition to the involvement of the parties to the conflict in the recruitment of child soldiers. Saad stressed that considering the outbreak of the Covid-19 pandemic, the children’s rights crisis in Libya has worsened. They are becoming more vulnerable as the humanitarian situation deteriorates. 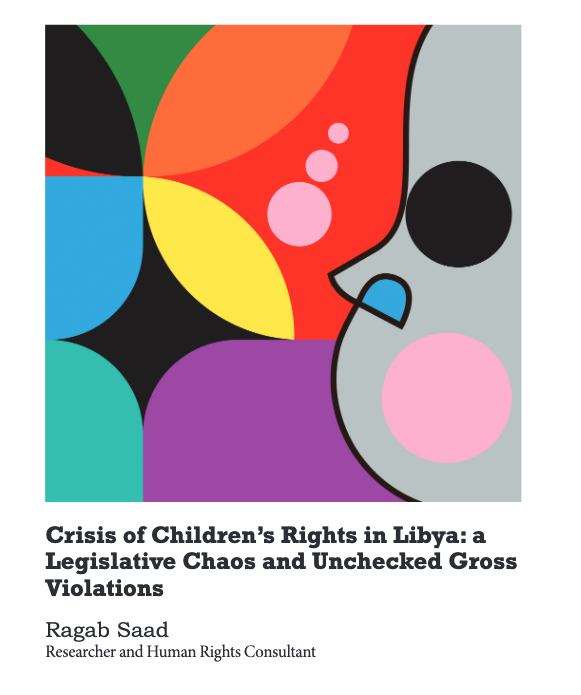 Saad stressed that despite Libya’s signature of the Convention on the Rights of the Child, and a number of other agreements and covenants related to respecting, protecting and fulfilling children’s rights; the Libyan legislative system still suffers from serious gaps in terms of providing the necessary guarantees to protect the rights of the child and compliance with international obligations in this regard. He stressed the need for all Libyan authorities in the east and west to ensure that political divisions do not lead to further undermining the rights of the child, as well as the continued casualties of civilians and children.

In the second session of the symposium, the Center discussed the legal and security challenges and restrictions facing civil society and human rights defenders in Libya. In this context, the Center called for stopping the spread of armed groups, reforming the judiciary system, reviewing legislation, enacting associations law in accordance with international standards, the right to information, stopping incitement and the use of fatwas against defenders, activating the United Nations Declaration on Defenders, and unifying the councils of the Civil Society Commission, Investigation and Accountability.

It is worth noting that, during the symposium, the Center announced the preparation of a short documentary film that deals with the difficulties faced by marginalized groups in Libya in light of the outbreak of the Covid-19 pandemic, and you can watch the film here. The Center will soon publish the full text of its book on marginalized groups, in both Arabic and English. 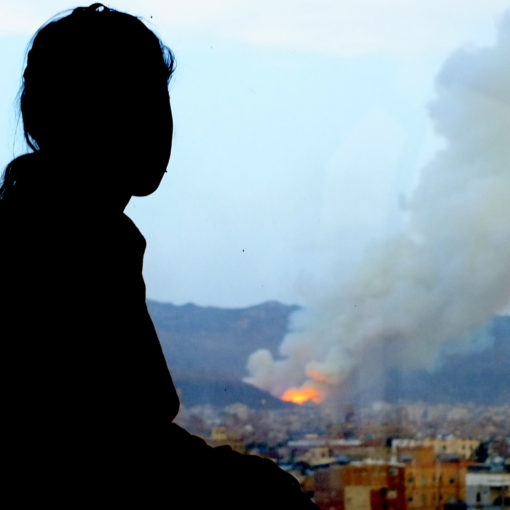 Fear of the virus does not stop cycle of violence and impunity, leading to unspeakable civilian suffering,  International investigatory mechanism needed now […] 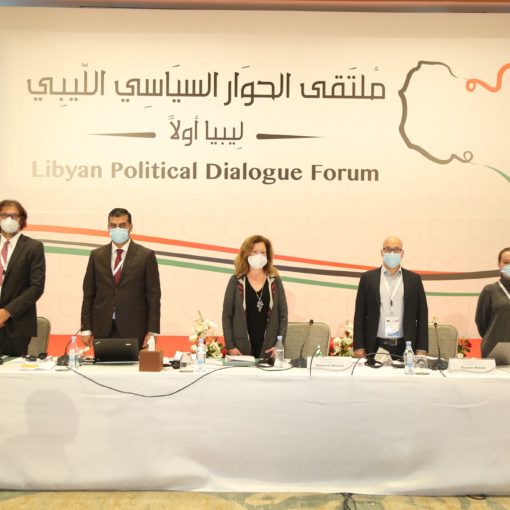 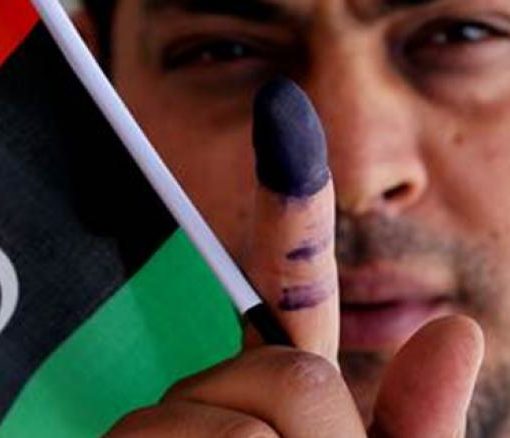