Lack of protection and the absence of legislation

First of all, it should be noted that the report we are presenting today focuses on the human rights situation in Libya, based on the issues we were able to track and gather, either through direct monitoring or through what is published by independent media and human rights local partner organizations. The report does not claim a comprehensive coverage of the violations but attempts to provide an overview of the status of the human rights situation. In addition to the course that Libya has come to due political divisions. this report addresses all the years following the revolution.

During the period CHRDA worked on this report, the combatant authorities and their armed groups, have committed crimes of numerous grave human rights violations, many civilian deaths have occurred, abduction and detention of some human rights defenders which we have attempted to cover through the four chapters of the annual report 2019.

Since its establishment, the CHRDA has monitored a total of 210 cases concerning HRDs, including 105 cases of male HRDs and 105 of female HRDS, 34 of whom are in immediate danger. CHRDA has also been able to monitor approximately 9 cases were forced disappearance and arbitrary detention. In addition to 13 cases of threat and attempted kidnapping. Moreover, about 41 cases of verbal assault and two instances of physical assault.

As for the year 2019, CHRDA was able to reach 34 defenders; violations were committed against 14, including five threats and kidnappings, besides, enforced disappearance has reached 6 cases, which occurred in Tripoli, Benghazi and Al-Zawia.

The years after the Libyan revolution have known a trend of the inability of local authorities, despite international efforts, meetings and recommendations towards Libya, the international community, and regional intervention failed to put an end to the war. In the aftermath of the Feb 17th uprising, Thousands of young people demand freedom, dignity and social justice. Also, Libya’s 2011 Constitutional Declaration was issued in the wake of the 17th February Revolution. The declaration does not stipulate any significant or specific protection for the exercise of fundamental freedoms, but rather, only determined it in general terms. The constitutional declaration left the matter of protecting and regulating the practice of the rights and liberties to the legislative authority. Moreover, the Article 37 of the draft constitution has limited freedom of expression and publication, and article 38 omitted several of other guarantees as well as, article 43 has not addressed several necessary safeguards to practice the right to freedom of peaceful assembly.

While 2014 was known of a setback on the level of rights and liberties consequence of the political divisions. Given the Libyan legislation, CHRDA found many of arbitrary restrictions on the practice of freedom of expression and freedom of associations, which in total do not comply with international standards obtained by the International Covenant on Civil and Political Rights.

Our annual report presents some of the laws that prevent the practice of rights and freedoms, for instance, the penal code, the terrorism law, the press law, and the law establishing Dar Ifta’a. The report confirms that Gaddafi legislative system is still valid and not very different from post-revolution legislation in terms of constraints and obstacles.

Since the signing of the political agreement (Skhirat Agreement) December 2015, the country has not seen any improvement in the situation; however, renewed hostilities and dozens of people were killed and injured as well as the frequency of the personal attacks increased, where most of the human rights defenders have been subjected to extrajudicial killings, and numerous harassments to practice freedom of movement. Furthermore, the armed groups, including those affiliated with the authority of state institutions, have systematically committed many extrajudicial crimes.

Likewise, the right to freedom of peaceful assembly is addressed and the freedom of associations to target women, whether women journalists, bloggers, or HRDs.

As the authorities did not protect them on gender-based violence (GBV), nor did they ensure that they were able to express themselves freely. Six months before the issuance of this report, Mrs Siham Sergewa, the elected member of the HoR, was kidnapped at night from her home in Benghazi and her fate remains unknown.

The first chapter of the report deals with an analysis of the legislative framework governing the work of human rights defenders, and restrictions on freedom of expression, freedom of peaceful assembly and obstruct the right of associations — Additionally, the use of religious Fatwas to restrict the work of HRDs and freedom of information.

The second chapter deals with all violations against HRDs, including threats, extrajudicial killings, restrictions on freedom of movement, arbitrary detention, kidnapping, defamation campaigns, incitement to violence and hatred, violation of the right to freedom of peaceful assembly, freedom of associations, targeting of women, lack of accountability.

The third chapter presents the most important statistics that the CHRDA has monitored through its database, which specifically concerns the status of HRDs in 2018 and 2019 through surveys and monitoring processes, CHRDA sheds light on the situation of HRDs in Libya in 2018 and 2019. The data collection process focused on the types of violations committed, the geographical distribution of HRDs, and by gender.

Libya suffers from a lack of protection and remedy, absence of the rule of law and the inefficiency of the judicial system, that led to widespread impunity.

CHRDA urge you to support and advocate to conduct the recommendations contained in the fourth chapter of this report. Which is a crucial goal of CHRDA’ mandate, to help shape the understanding of the most pressing human rights defenders concerns. CHRDA, by this report, aims to urge the authorities to respect international human rights standards, to conduct the stated recommendations, and to upgrade the legislative structure to expand the scope of rights and freedoms. 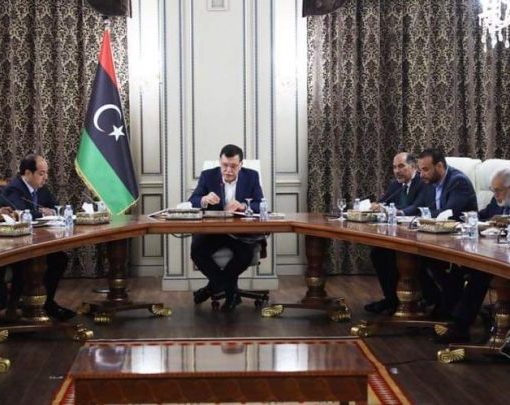 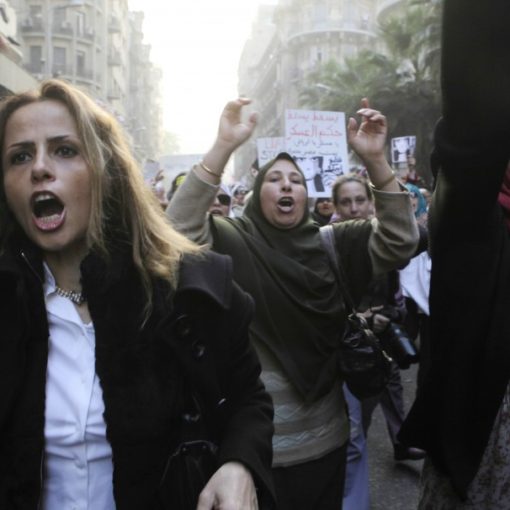